Ms. McClintock assists clients in environmental, administrative, and federal Indian law matters, such as public water supply systems and nuclear waste issues. Ms. McClintock is also an instructor with the Institute for Tribal Environmental Professionals Solid Waste Course and in that capacity has assisted in drafting solid waste codes for several tribes. Outside the Tribal sphere, Ms. McClintock has assisted the Maryland Chapter of the Sierra Club in public comment efforts.

Prior to joining Jill Grant & Associates, Ms. McClintock was a Staff Law Clerk at the U.S. Court of Appeals for the Seventh Circuit, where she worked with all of the judges on the court on civil rights, criminal law, and constitutional issues. During that clerkship, she was selected to join the office’s habeas corpus unit. Prior to that, she worked as a Legal Fellow at the Environmental Bureau of the Illinois Attorney General’s Office and assisted on successful litigation efforts in the DC Circuit, Northern District of Illinois, and Illinois trial court.

Outside of law, Ms. McClintock volunteers as a rowing coach with Recovery On Water, which provides exercise programs for breast cancer patients and survivors. Ms. McClintock first came into contact with Recovery On Water after representing them in clean water issues with the Abrams Environmental Law Clinic at the University of Chicago. In addition to clinical work, Ms. McClintock also volunteered with the Hyde Park Neighborhood Club and the International Refugee Assistance Project in law school. In college, Ms. McClintock was a four-year member of the Varsity Rowing Team and was awarded the team’s “Most Inspirational” Award in recognition of her dedication and leadership. She was also an Associate Sports Editor of the Harvard Crimson. 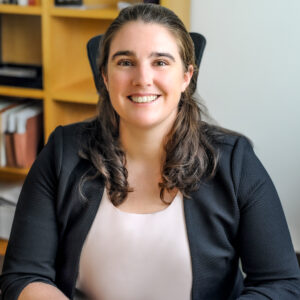