Ms. Pensley assists clients in environmental, administrative, and federal Indian law matters. She provides counsel to tribes who are developing statutes and regulations for a variety of environmental issues including public water system operator certification and soil cleanup standards. In addition, Ms. Pensley has experience preparing “Treatment as State” applications and jurisdictional statements under the federal Clean Air Act and the Clean Water Act. Ms. Pensley has drafted and revised constitutions, codes, and ordinances for Alaska Native tribes throughout Interior Alaska, advised tribal judges on procedural questions, and participated in negotiations with the State of Alaska to address civil diversion and other jurisdictional agreements.

Outside the tribal sphere, Ms. Pensley possesses state and local government experience. She has issued notices of environmental violations, negotiated compliance orders and settlements, and litigated administrative appeals on behalf of the State of Alaska. She also has supported cost recovery efforts against potentially responsible parties. In 2015, perfluorinated compounds were discovered at the Regional Fire Training Center in the City of Fairbanks, Alaska. Ms. Pensley collaborated with the city attorney, the municipal engineering department, and outside counsel to shape the city’s response to the groundwater contamination. The effort culminated in City of Fairbanks v. 3M Company, Tyco Fire Products LP, and John Doe Defendants 1-49, a federal lawsuit now consolidated in multi-district litigation.

Prior to joining Jill Grant & Associates, Ms. Pensley served as the Legal Assistance to Victims Attorney with the Sitka Tribe of Alaska; as a tribal development specialist with the Tanana Chiefs Conference in Fairbanks, Alaska; as Deputy City Attorney for the City of Fairbanks, Alaska; as Affiliate Faculty with the University of Fairbanks School of Natural Resources & Extension; and as an Assistant Attorney General for Environment and Natural Resources with the State of Alaska. She clerked for the Honorable Victor J. Wolski on the U.S. Court of Federal Claims and was an associate with the Nordhaus Law Firm in Washington, D.C.

Ms. Pensley has been recognized by the Washington State Housing Finance Commission with a Friend of Housing Award (1995) and by the Drucker Foundation for Non-Profit Management as a Community Innovation Fellow (1997-1998).  She was profiled in an article in Self Magazine titled The Young and the Selfless: Eight Women Prove You Can Change the World – Before You Turn 40 (1998). She also was a Public Service Fellow with the Echoing Green Foundation (1997-2001), a German Chancellor Fellow with the Alexander von Humboldt Foundation (2001-2002), and an Urban Sustainability Fellow with the American Council on Germany (2018-2019). She has recently re-certified as a Wilderness First Responder through the National Outdoor Leadership School (2021).

Ms. Pensley resides in Sitka, Alaska, where her son attends Mt. Edgecumbe High School, a former Bureau of Indian Affairs boarding institution. Her daughter is an officer and student aviator with the U.S. Navy. 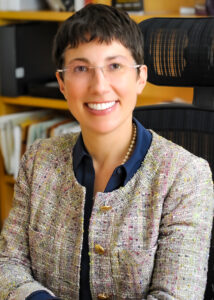